Meanwhile in the North in 2013… Part 1 – Greater Manchester

OK, I mean North of England! Having said that, I have enjoyed a couple of trips to Edinburgh to see exhibitions and was annoyed recently when a discovered a Rembrandt exhibition a week before it finished in Glasgow so didn’t get up to see it.

The highlight of the year (it even got a mention in passing in the Seven preview) will be the biennial Manchester International Festival. (Even years = Liverpool; odd years = Manchester) At the moment information about only a few things has been released, such as Kenneth Branagh in Macbeth. The bit of the 2011 Festival I loved most was 11 Rooms, especially the Ann Lee work by Tino Seghal. 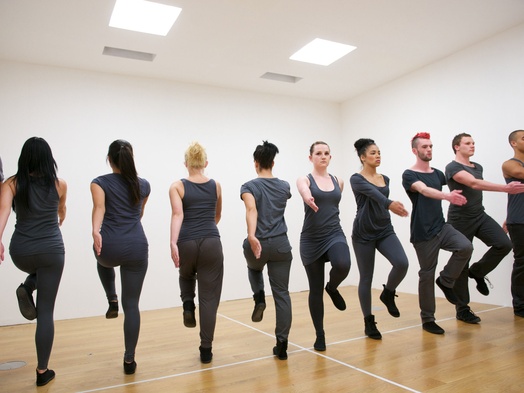 Revolving Door by Allora and Calzadilla, from 11 Rooms

This year’s festival is on from 4th to 21st July.

Still in Manchester, The First Cut is still on at the Manchester Art Gallery until the end of January. This features “31 international artists who cut, sculpt and manipulate paper, [and] transform this humble material into fantastical works of art”. Mike, who lives Down by the Dougie, (aka Wigan), recently visited it and posted a review.

According to the MAG website, it appears that the exhibition will be at Djanogly Art Gallery, Nottingham from 20 April – 9 June 2013 then at Southampton SeaCity Museum  from 11 October 2013 – 12 January 2014, though I can’t find details on their sites.

From February 15th until 27th May at the MAG, there “will be Raqib Shaw’s largest solo exhibition to date, featuring 28 recent (and many previously unseen) works. From large scale paintings and sculptures to works on paper, the works are being drawn together from private collections around the world.”

From May 17th, there will be Focal Points: Art and Photography, a “new display of around 30 photographs [which] explores just some of the different ways contemporary artists have used photography in their work. It reveals how they have used the camera to explore traditional artistic themes in new and exciting ways.”

At the other main Manchester art gallery, the Whitworth, exhibitions by Jane and Louise Wilson,  Aisha Khalid and Hockney’s Rake’s Progress all finish at the end of January. I can’t find any information about what will be on after this.

Nearby, but in a different city (!), at Salford Museum and Gallery there is currently (until 10th March)  A Tourist In Your Own City: the paintings of Nigel Walker.

“Salford born artist Nigel Walker devotes his life to painting, capturing the people and essence of street life in Salford and Manchester. His paintings take the viewer on a journey, revealing stories of the characters met along the way, instead of focusing on the landmark buildings that form a backdrop to his work.” On Sunday 27th January, there is a tour of the exhibition with Nigel Walker.

From 23rd March to 7th July there is There’s a rainbow in the road: Caroline Johnson. “Caroline’s contemporary urban artworks investigate the hidden charm of overlooked corners, as well as giving a fresh interpretation to architectural icons. Her highly graphic, graceful paintings and drawings reflect both the vibrancy of recent changes, and the history of Salford and Manchester.”

Harold Riley has dedicated much of his career to capturing the everyday street life in Salford. Harold Riley: Salford 1947 to 2012 “is a mini retrospective of these works including oils, watercolours and drawings. Growing up in Salford, Riley has seen many changes within the city. He and LS Lowry recorded the lives of working people during the 1960s.” The exhibition is on at the Salford Museum and Art Gallery from 4th May to 23 February 2014.

Finally, at the Lowry, at Salford Quays, Peter Blake and Pop Music ends on 24th February.

I need to head west to Liverpool and east to West Yorkshire, but that will have to wait for another post.