I know I’ve already discussed the old problem of fakes, and I’ve also written about Mr Hirst. However I am currently reading “Rembrandt’s Secret” by Alex Connor. It isn’t really a spoiler to say that the plot of the book is about some letters which reveal that many of the paintings attributed to Rembrandt and worth tens of millions are actually “fakes” painted by his illegitimate son (in the story) Carel Fabritius and so only worth a few hundred thousand. Various people get murdered as if the letters are made public then the bottom will drop out of the art market and many people will be ruined.

Personally I like the paintings of Carel Fabritius, and it was a double tragedy that the explosion of the Delft gunpowder magazine in 1654 killed the artist at the age of 32 but also destroyed many of his paintings. My favourite art gallery is the Mauritshuis in The Hague, and my favourite room is the one which contains Vermeer’s “Girl with a Pearl Earing” and Fabritius’s “Goldfinch”. Nevertheless I accept he is not in Rembrandt’s league. 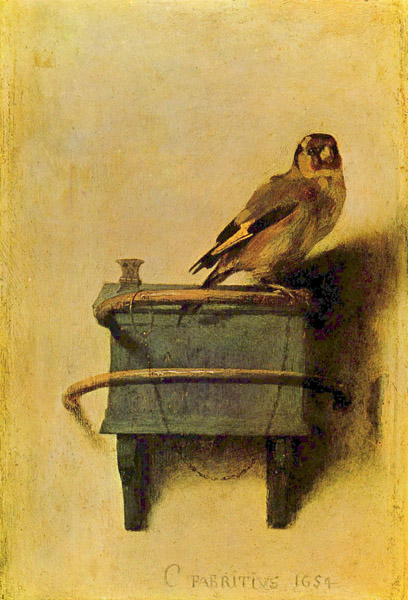 What puzzles me is that even at this time it was standard practice for the master often to paint only small amounts of a painting, such as the face, leaving his pupils and assistants to paint the clothes and the background.

According to an article by Andrew Graham-Dixon “The Greek sculptor Phidias was for millennia credited with the creation of the sculptures for the Parthenon, but close study of those that remain, principally the so-called “Elgin Marbles”, shows that many different hands carried out the carving. The conception was probably Phidias’s so in that sense – however unlikely it may seem – his workshop can be seen as a remote ancestor of Warhol’s Factory.”

He continued “Assistants of the neoclassical sculptor Canova used  an ingenious mechanism for translating his small-scale clay models into monumental marble sculptures. Canova himself did very little carving, returning to the work at the very end to “perfect the exterior surface”, as a contemporary noted.”

Should these two sets of sculptures be regarded as “fakes”? What about more contemporary examples such as Hirst’s spot paintings? In a recent exhibition of three hundred spot paintings in New York, only five were by Hirst himself. David Hockney has described this use of assistants as “insulting”. Hockney does use assistants for moving equipment and so on but the poster for his recent Royal Academy exhibition of landscapes read “‘All the  works here were made by the artist  himself, personally.’

If the “Rembrandt’s Secret” premise was fact rather than a fictional device in a thriller, would Fabritius paintings be fakes if Rembrandt was willing simply to put his name to them like Hirst, or if he had “perfected the exterior surface” like Canova by a tweak or two with a brush?

It was in fact a Rembrandt painting which was attacked with acid by a madman in 1985 in the Hermitage in St Petersburg. After the attack on “Danae”, “when the biting power of the acid had been contained and the physical condition of the surface had been stabilised, it was discovered that over 70 per cent of the paint surface remained undamaged, ” according to the Hermitage’s website.  It went on that, during restoration, “it became apparent that the losses of Rembrandt’s original painting did not exceed the percentage where one may speak of the destruction of a work of art.” I’m not sure at what point a genuine Rembrandt would no longer have been regarded as “genuine”. 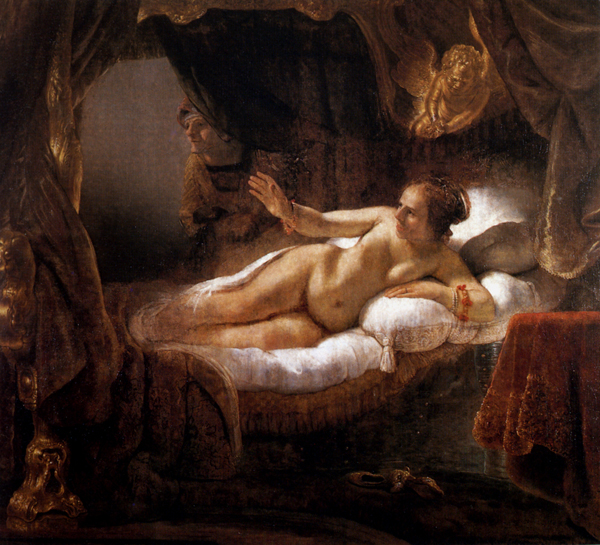 I can’t reach any firm conclusions about any of this, but it does amuse me when I read about “fake Warhol screenprints” when everyone knows that Warhol probably had little to do with so-called “genuine” ones. I think I’ll just go and paint a few spots on a canvas!